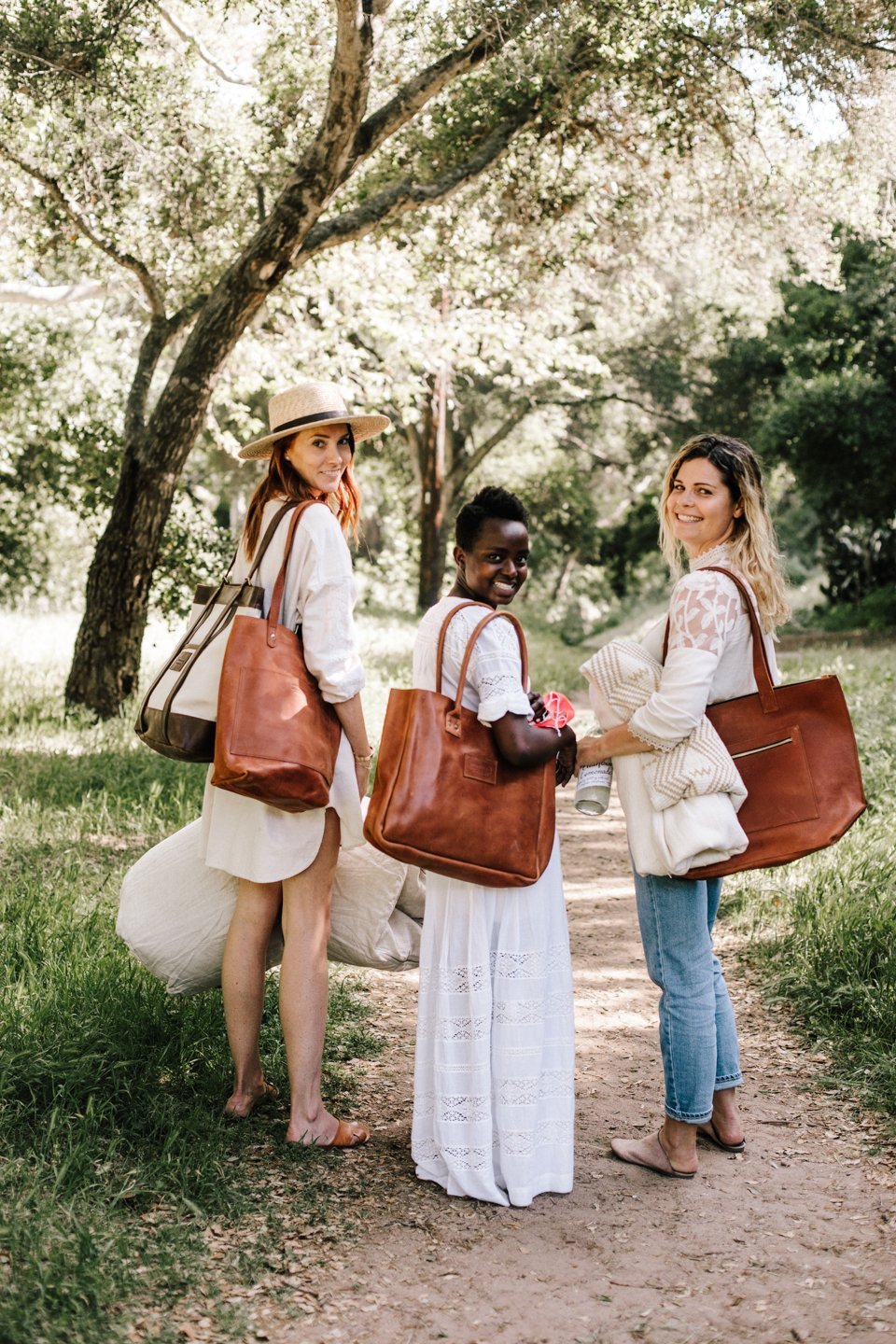 I’ve always been drawn to classic leather bags that have been loved, used and worn in. The kind of bag you hang on to for eternity, travel the world with and think, “if only that bag could talk.” I have just the place for you to find such a bag and the best part, the people behind it have a pretty good story to tell themselves and it will tug at your heart.

Ian and Brittany Bentley (high school sweet hearts) got married and had two boys—Parker and Clay. While raising their boys in Santa Barbara they caught a news story that shook them to their core about orphans in the world. Being the parents of two young boys, it especially hit home for them and ultimately led them to Ethiopia where they adopted a baby girl. A year later, they moved the entire family to Ethiopia to work alongside organizations that empowered women and children through skills development and job creation, thus creating opportunities for them so they are less vulnerable to prostitution and human trafficking. All the while become deeply connected to the communities and people there.

There are about 163 million orphans in the world today.

During their three years in Africa, Ian found himself shopping for a birthday gift for Brittany and settled on a leather bag. Turns out, Ethiopia produces some of the highest quality leather in the world. We just don’t know it because it usually gets shipped to a factory in another country—light-bulb moment. Fast-forward and that sweet birthday gift became the start of a luxury handbag line called Parker Clay. Ian and Brittany returned to Santa Barbara—with a second adopted daughter—and got to work creating a brand that not only has some amazing leather and textile pieces but also provides opportunities for men and women in Ethiopia where their factory is.

Amazing, right? Turns out, you really can make a difference in the world.

Brittany and I got together for a picnic with the kids—Elin and her youngest are a few months apart—and talked motherhood, family and handbags. For the record, she makes 5 kids look way too easy, I was taking copious notes. Giveaway details below! 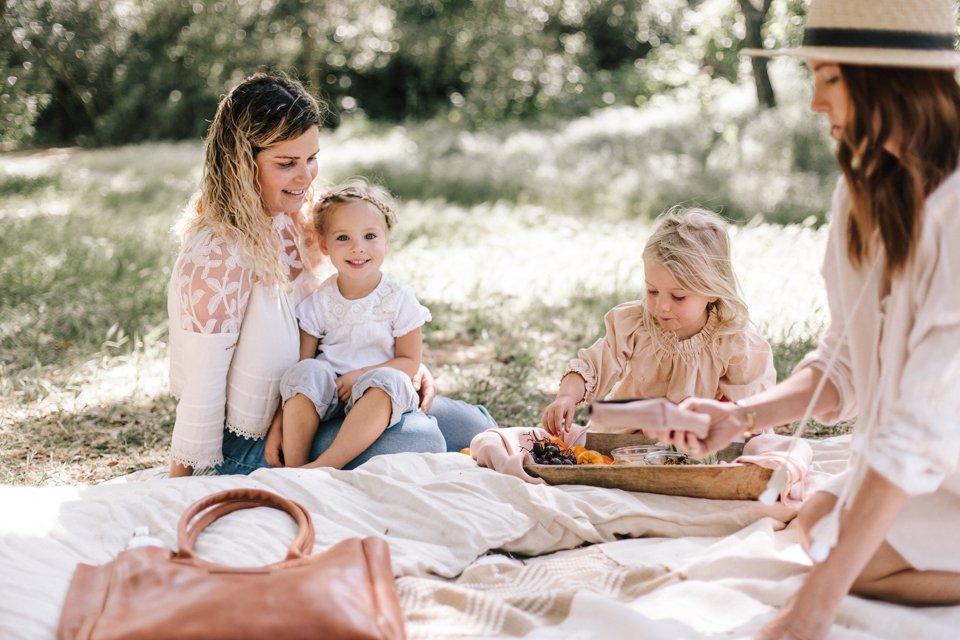 The Caroline tote above is one of my favorite styles from Parker Clay. I love the skinny shape, thin straps and pocket up front, not to mention the color is leather perfection. (right) Their oldest daughter Abby. 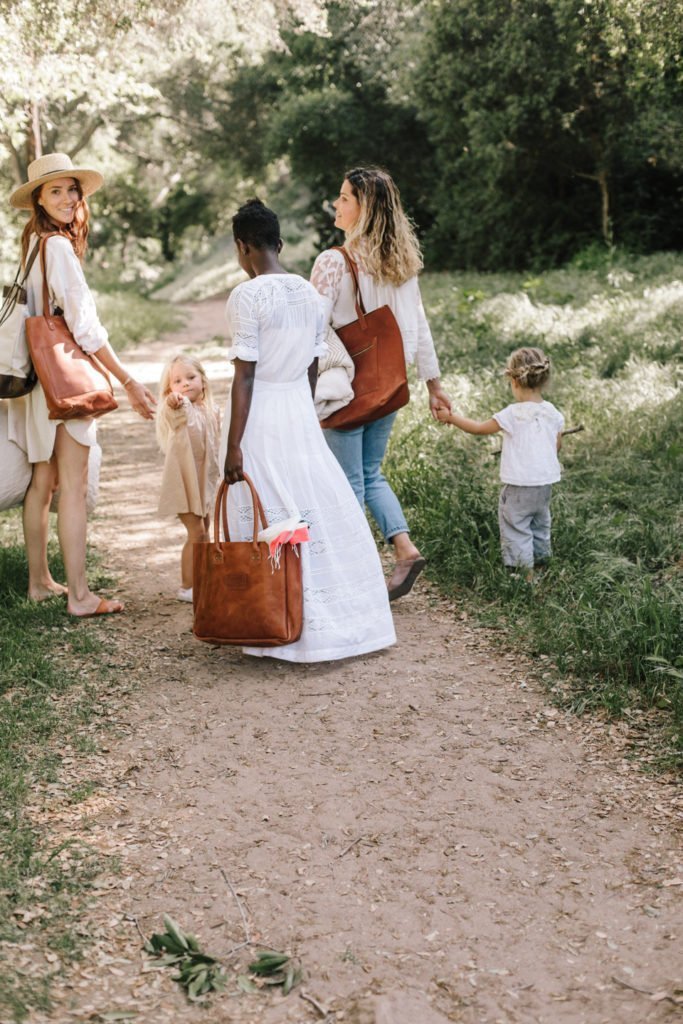 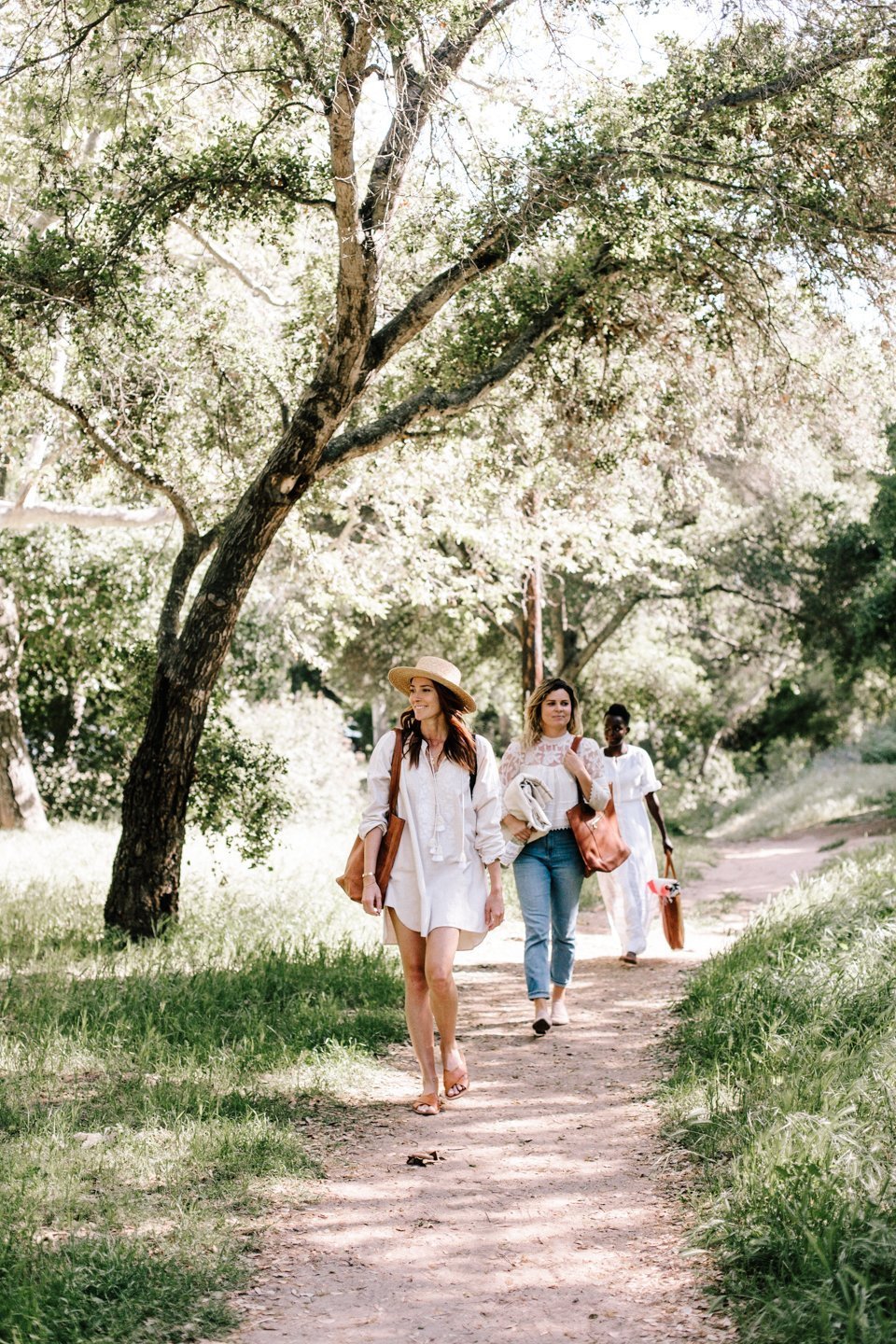 Enter to win a $500 gift credit to Parker Clay by leaving a comment below, following @ParkerClayIntl and @couldihavethat. Giveaway ends 5/18 at 9 am PST. 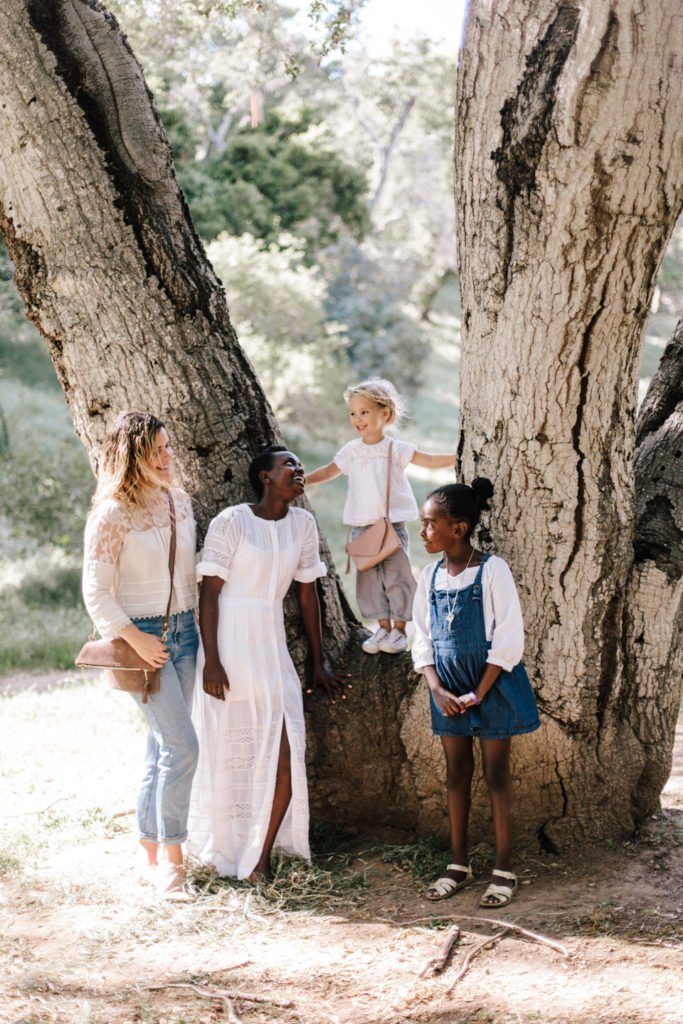 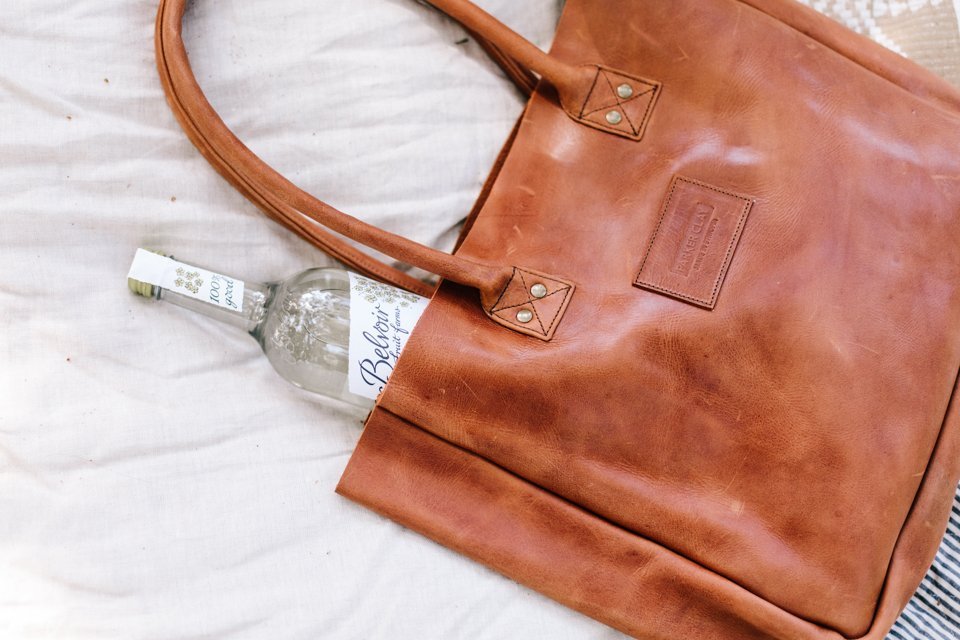 The Merkato Signature Tote has a boxy shape so you can fit lots and lots—a perfect travel bag, carryall tote or even diaper bag. What’s the best part of your day? Nothing beats having a car full of kids sharing (or groaning) about their days at school. I love hearing their energy and experiences after being away from them all day. But, in contrast, the sweet spot between their bed time and mine is pretty great, too!

What’s your least favorite part of the day? And all the moms say: HOMEWORK! Seriously, judging that amount of schoolwork among 4 of my school-aged children is a challenge!  While I do the best I can with the knowledge I have, I’m known to FaceTime the grandparents for extra homework help.

Owning a business and being a mom is a juggling act. What things have you found that make it easier? I always need a creative outlet. I love designing and getting excited about a new project; it makes me a happier and more well-rounded wife and mom. But in reality, without having a handle on the tasks at home, I would feel out of balance and control. Our village (seriously, it really does take a village) rallies with us during this season with pick-ups, sports tasks, homework, etc. In addition, we let the kids help at the store. It lends a hand while exposing them to business practices.

What’s one important thing you do for yourself on a daily basis? A good kombucha or coffee = day made!

Thank you to Parker Clay for supporting this post, all opinions are my own. 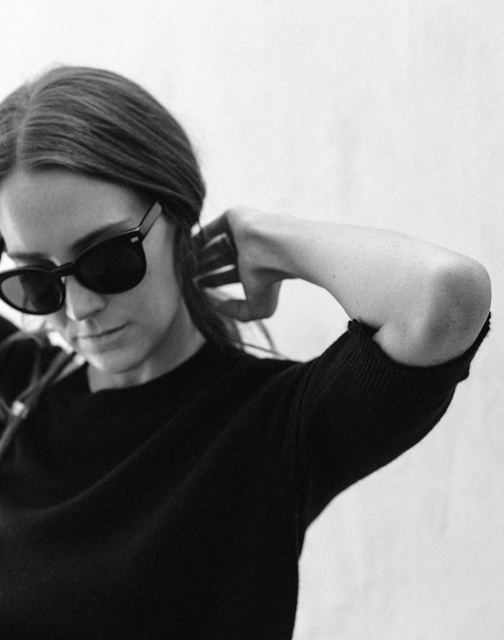 Nordstrom Anniversary Sale: What I Buy Every Year 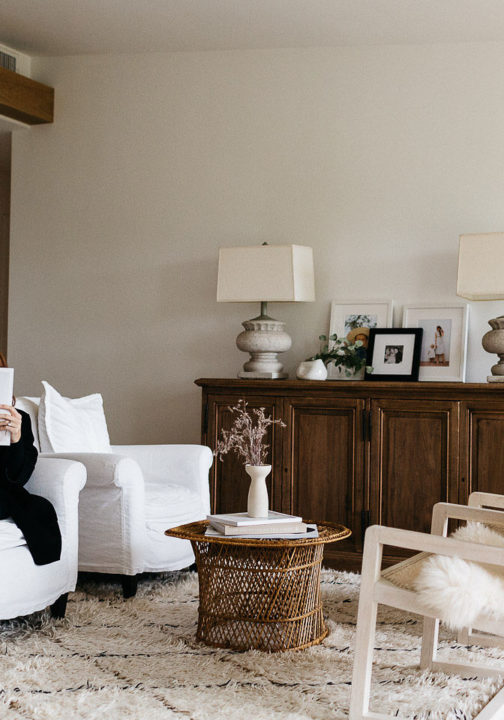 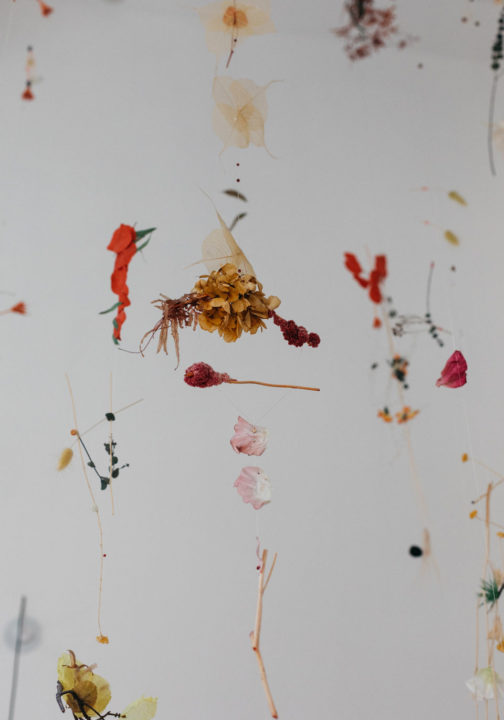 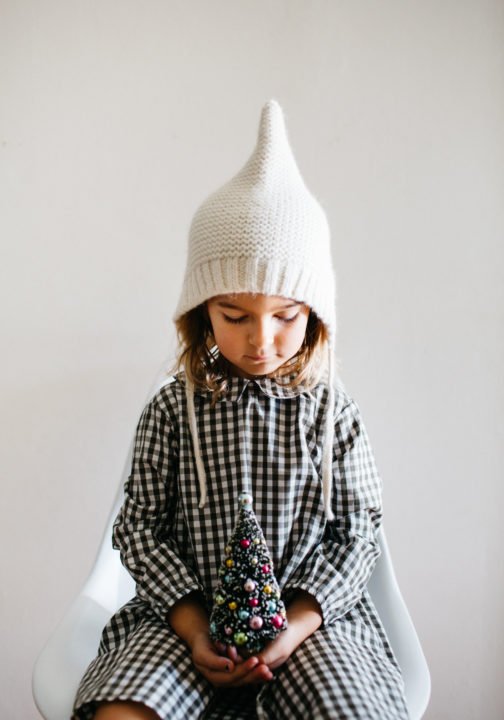